Home » Blog » How to cook spaghetti noodles?
How to Center

How to cook spaghetti noodles?

Are you annoyed about how to cook spaghetti noodles within 20-30 minutes? Check this out to learn more exciting recipes, tactics, and many more.

”How to Cook Spaghetti Noodles” can be easy to utter but challenging to cook. Ask me why? Well, you may switch here to find some different recipes and cooking processes.

The main complication about Spaghetti is it often gets too sticky and grease. It’s because Spaghetti releases starch as soon as you dip it into the water for boiling. Lastly, they got stuck with each other like a pack of chewing gum.

So, in today’s article, I will share those tips that I used to apply while cooking Spaghetti and the three best recipes in bonus.

Put the Spaghetti into the water for boiling, stir it continuously, bring it to a simmer, and cook it with meatballs, tomatoes, or white cheeses. All are good enough and work perfectly fine.

Before jumping into the recipes, I promised you to show up some tricks that I’m personally using to give it a professional touch.

Adding extra oil into the water didn’t give you any effects. The oil was floating on the top of the water separately. It can make your Spaghetti sticky and melt it down, which you don’t want.

b) Stir the Spaghetti severally after adding it to the water

Stir the Spaghetti severely after adding it to boil into the water. The more you stir, the fewer chances are to let the Spaghetti to getting stuck into the pot.

c) Spread some olive oil over the boiled Spaghetti

It’s an easy trick to get the perfect Spaghetti. Spread some olive oil over the pre-boiled Spaghetti. It will make your Spaghetti lubricious and tandem.

Not all Spaghetti is equal. Some contain a far better quality than others. I prefer Spaghetti which is made with 100% durum wheat for the best result. High-quality Spaghetti can cook a couple of times. Further, you can overcook it with sauces or meatballs.

e) Pour some cold water after boiling the Spaghetti

Pour some cold water after boiling the Spaghetti. Coldwater will help to reduce the starches from the Spaghetti. Again, your Spaghetti will get firm and less sticky.

Here I attached the three best spaghetti recipes that you like. Tomato, garlic, cream cheese, or meatball will give extra texture to your regular Spaghetti. So let’s dive into the details.

Cilantro or Basil or any herbs,
Cheese.

Steps-01) Boiled The Spaghetti Noodles Into the water

First, boiled the spaghetti noodles into the water. Stir it a bit. Let it cook for 9-10 minutes. Press it slightly. Strain the Spaghetti and pour some cold water on them. Spread it and keep it aside.

Take 4-5 tomatoes and slits them. Then boil the tomatoes for 4-5 minutes. While you notice the skin will come out, strain it. Remove the skins from the tomatoes. Add them into the blender. Next, blend it to make a thicker tomato paste.

Steps-03) Now cook them all into the pen

Take a saucepan and pour 2-3 tablespoons of oil in it. Add 1 tsp chopped garlic and one finely chopped onion in it. Stir it until this mixture gets soft. Next, add some capsicum, salt, tomato paste into the pan. Add ½ tsp red chili powder into the mix. Cover them with a lid.

Steps-05) Add The boiled Spaghetti into the mixture & Garnished it

Add the boiled Spaghetti to the mixture. Keep it stir until the Spaghetti gets well-coated into the mix. Fold it completely. At this time, add 1 tsp tomato sauce into the Spaghetti. Pour some crushed cheese over it. Serve the Spaghetti on a plate and garnish it with cilantro/ Basil and cheese.

Boiled the Spaghetti into the hot water for 10-minutes. Next, save half glass of the cooking broth from them. Drain the Spaghetti.

Steps-02) Fry some garlic cloves in the large frying pan

Next, pour 2-3 tsp oil into the large frying pan and fry some garlic cloves there. Then Fry the Spaghetti for a minute. When they’ve become light brown, add 2-3 tsp light cream to it. Add a pinch of salt. Now, add the grated hard cheese to it.

Steps-03) Mix all the ingredients while cooking over low heat

Mixed all the ingredients equally while cooking over low heat. Cook it for 2-3 minutes. Next, add the Spaghetti to it and the saved cooking broth.

After that, add some chopped parsley into the Spaghetti. Cook it for another two-three minutes. While all the ingredients are integrated, sprinkle some freshly ground pepper in it.

Now, the Spaghetti gets ready to serve.

Steps-01) Pour The Meat Ground Into The Bowl

Pour the meat ground into the large bowl. Add 1 cup of bread crumbs, 1 tsp wide parsley, 1 tsp crushed cheese, 1 tsp ground black pepper, half tsp of garlic powder in it. Beat one egg into a tiny bowl and pour it into the meat. Then mix them well with your hands.

Shaped the mixture into a bit of meat by using your hands. When all the meatballs are ready, cover the bowl with polyethylene bags and keep them aside.

Steps-02) Now Move On to Make The Sauces

Chopped one or two big onions into the three-quarter and, next, chopped some garlic also. Next, pour 3-4 tsp oil into the saucepan. Add the chopped onions and garlic into the oil. Cooked and stir it until the mixture gets golden brown. Now, add 4-5 strains of whole tomatoes into the mixtures. Add 2-tbs of salt and 1-tbs of sugar. Then add 1-cassia leaf. Stir the mix well.

a) What Is The Best Way To Cook Spaghetti?

Spaghetti is the most famous Italian dish that was a favorite to everyone. The most common way to cook Spaghetti is simple and easy. You need to boil it for 9-10 minutes. Then stir it into the filter and add some cold water to it. Next, bring it to a simmer, turn the heat off, put a lid on and leave it to finish the cooking for 10-12 minutes. This method works genuinely to make any delicious spaghetti.

b) Do I Boil Spaghetti Noodles?

Yes, you can boil spaghetti noodles for a while. To boil the Spaghetti perfectly, bring water to a bowl and the pasta to the water. Stir it a few times. It will prevent your spaghetti noodles from sticking together. And don’t forget to cook it according to the package directions. Stirring it occasionally until softer; actually, it depends on your taste. Boiling is vital before making any spaghetti.

c) How long should I cook Spaghetti?

Spaghetti gets ready within 10-20 minutes at a while. But the taste and tenderness depend on the person’s choice. Some like hard noodles, or some people like to eat significantly softer and juicy noodles. If you want to make spicy or juicy Spaghetti, then boil it for 10-12 minutes or above. But if you prefer something solid and hard pasta, then 3-5 minutes are enough. Usually, most of the pasta cooks in 8-12 minutes. You can taste dry pasta for doneness by cooking for 3-4 minutes.

d) How Do I Stop My Spaghetti From Sticking?

Traditional food is considered to be very vital for the people like us. I do care about all the cultural traditions of my country also. Likewise, different country people make other style spaghetti, that relies on their taste and variety. Cooking is an art. The more you research it, the more taste and flavor you can add to it.

It is not necessary to follow the whole ingredients that I attached hereto maintained strictly. You can add your favorite spices and taste there.

Poultry Seasoning: How to make it at home?

How To Cook Zucchini Noodles in Microwave

Installing a Dishwasher for The First Time – Step by Step

How to clean coffee maker with & without vinegar

How to Make Zucchini Noodles with a Food Processor

We will be happy to hear your thoughts

Amazon has already begun the Black Friday sale, and there are thousands of discounts online. 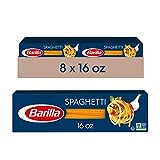 (5159)
$14.72 ($0.12 / Ounce) (as of February 2, 2023 11:57 GMT +00:00 - More infoProduct prices and availability are accurate as of the date/time indicated and are subject to change. Any price and availability information displayed on [relevant Amazon Site(s), as applicable] at the time of purchase will apply to the purchase of this product.) 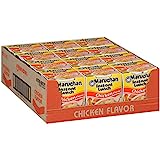 (50925)
$5.88 ($0.22 / Ounce) (as of February 2, 2023 11:57 GMT +00:00 - More infoProduct prices and availability are accurate as of the date/time indicated and are subject to change. Any price and availability information displayed on [relevant Amazon Site(s), as applicable] at the time of purchase will apply to the purchase of this product.)

(1786)
$14.99 (as of February 2, 2023 11:57 GMT +00:00 - More infoProduct prices and availability are accurate as of the date/time indicated and are subject to change. Any price and availability information displayed on [relevant Amazon Site(s), as applicable] at the time of purchase will apply to the purchase of this product.)

How To Train Your Dragon: 3-Movie Collection

(20218)
$14.99 ($0.42 / Ounce) (as of February 2, 2023 11:57 GMT +00:00 - More infoProduct prices and availability are accurate as of the date/time indicated and are subject to change. Any price and availability information displayed on [relevant Amazon Site(s), as applicable] at the time of purchase will apply to the purchase of this product.)
Latest Posts

Best Pans for Cooking Any Kind of Fish

Welcome to KitchenGadgetLab! A kitchen blog devoted to teaching, inspiring, and engaging you all with cooking, a genuine fine art. Our mission is to provide independent, unbiased, and reliable kitchen gadget information to help you make complex buying decisions easily.

There are thousands of Amazon deals available daily. It will save your time and money.
Click Here

This will close in 25 seconds